In 2014, Gerald White made the Godfather an offer he could not refuse. Give me two days a week at your Beverly Hills home and I’ll teach you how to sing. Al Pacino, known for many roles over six decades, none more famous than his role as Italian gangster Michael Corleone, had signed on to play the title role in 2015’s Danny Collins. The film was inspired by British folk singer Steve Tilston and required Pacino to take on something new –  a singing role.  When he needed help learning how to sing, it was Gerald White who was assigned the task. 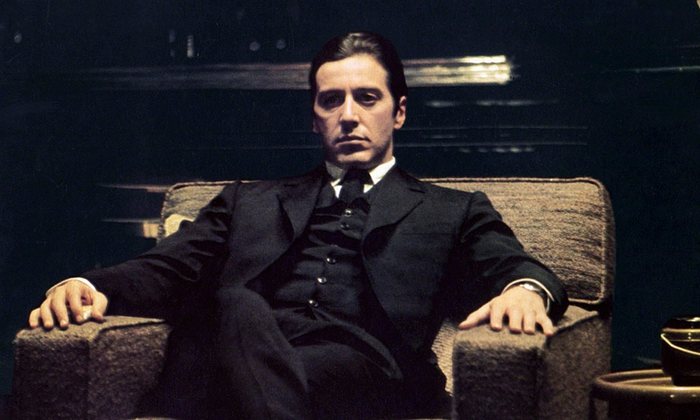 At a very early age, Gerald had a curious interest in music. Like many children, he learned how to play an instrument, a piano in his case. But he also had a singing voice, a gift he learned to use well. His curiosity for music, however, extended beyond learning to its practical use. Some of his earliest memories include a fascination for the music that accompanied films, television show and commercials. Little did he know he would one day coach a very famous former gangster how to sing.

That fascination stayed with him through his years studying classical piano at the college level in Mississippi and inspired him to boldly move in the early 90’s to Los Angeles where he would try to break into the music business. Gerald wanted to be a contract session singer, one of a small group of talented singers who are the voices of just about every film, television show and commercial shot in Hollywood. And break in he did, though not without many years serving coffee, substitute teaching, weekend bar gigs, and the like.

During those lean years, Gerald began teaching – voice, piano, music theory – whatever he could do to keep him in LA so he could pursue his ultimate dream of doing session work. Session work is the term used in Hollywood to describe the process of creating music for tv shows, films, etc.  It’s often done by sight – reading the music from sheets of paper without the benefit of the actual music. Called sight singing, it’s not an easy thing to do.  To compound matters, session singers are often required to create the piece in one session with little to no rehearsal. The music is added later during the editing process.

Sight singing is something which Gerald has become quite proficient. So proficient, in fact, that he earns a nice income teaching others how to also become proficient. More on that in a moment.

Long before teaching sight singing became his mainstay, Gerald was a student at the Grove School of Music in Los Angeles. There he attended classes that were a bit redundant, considering his music degree,  but offered him the chance to meet some people who could help him with his ambitions. One of those people was Henry Mancini – yes, that Henry Mancini, who won Oscars for Best Song and Best Score for Days of Wine and Roses and Breakfast at Tiffany’s, respectively. Mancini was a powerful influence in his early years in LA and taught Gerald some of his earliest session lessons.

Gerald had small jobs during the remainder of the 90’s but until 2001, he had no break-out opportunities. Mostly he taught music to survive and not much else. There are about 60 session singers in the business who get the lion’s share of the work and getting invited into that group was proving to be illusive.

Ready to give up and move back to Mississippi, the events of September 11, 2001 motivated him to keep trying.  It was that year that his big opportunity came along as he was invited to participate in the music for “Behind Enemy Lines” starring Gene Hackman and Owen Wilson.  For the next ten years, Gerald was busy doing session work for numerous commercials, television shows, films – he even sang in backup groups for “The Voice”.  He worked with Whitney Houston and Aretha Franklin (how cool is that?).

After almost twenty years of hard work and a lot of sacrifice,  Gerald had made it into that small band of sessions singers.  His future was now secure. No more ramen noodles.

Teaching Sight Singing to Others

In 2004, Stan Farber asked Gerald if he would teach a Screen Actors Guild sight singing class he had taught for many years. He wanted to retire and Gerald was his choice to replace him. If you remember the hit show Happy Days, Stan Farber was the lead singer of the theme song. He had a very successful career music and respected Gerald enough to ask him if he would take over. Gerald accepted.

A few years later, encouraged by his students, Gerald began making video recordings of his lessons. It was in 2009 that he decided to put his growing collection of e-learning videos online. Later that year, he became a customer of iPlayerHD’s video hosting platform. He’s been with us ever since, using our platform to deliver his videos to students who purchase a subscription to gain access to the content.

His website, www.lasightsinger.com, has a collection of hundreds of videos, teaching all aspects of a discipline Gerald has mastered. It has become a very successful online business that should reap financial benefits to Gerald for many years to come.

As my conversation with Gerald White went along, his success against all odds became apparent to me. And I found myself in awe of his relaxed approach to that success. He’s a modest guy who has not allowed his good fortune to inflate his head.  Unassuming. Casual. Relaxed.  All accurate descriptors of his personality. Perhaps in his years of late night gigs and serving coffee, he was less relaxed and more intense. Who knows. But if it is true that contentment is a product of success, then Gerald is a successful guy.

At one point, Gerald told me he was simply a paid singer doing whatever the job required. Interesting. Apparently that includes teaching a guy named Al Pacino how to sing. Very cool.