This post comes from Scott Hargis, a widely recognized interiors and architectural photographer based in the San Francisco Bay area.

He creates artistic photographs that communicate more than just basic information about a room or structure. His compositions reveal the intent of the designer, interpreting their work into a two-dimensional image that accurately conveys the feeling of being in the space itself.

His techniques may be used in still photography as well as videography.

I allowed an anniversary to go by un-remarked earlier this year, but it’s better late than never: it was 26 months ago last Friday that we launched the groundbreaking Lighting For Real Estate Photography video series — which has become the benchmark for learning to light interiors for photographers all over the world.

I’m extremely proud of this series — filmmaker Malia Campbell and I worked for many months to produce something that would be truly practical and useful for working photographers. We didn’t want it to be just a “hey-look-how-awesome-I-am” piece but rather something that would have a solid, practical, and immediate effect on someone’s else’s work. 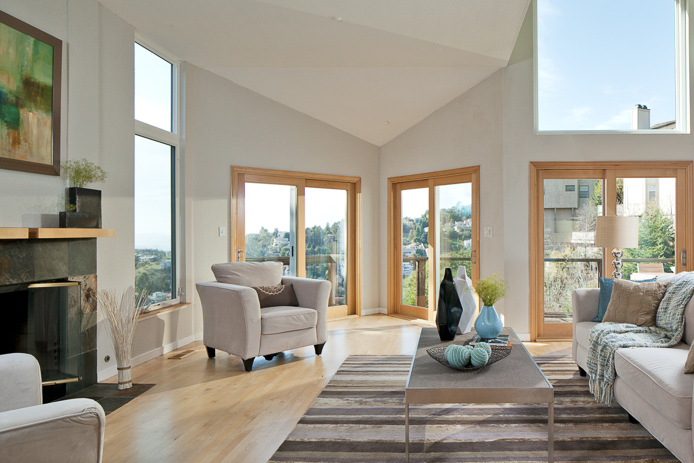 This living room photo from high up in the Oakland, California hills has become the de facto “signature shot”
of the entire series.

And the feedback we’ve gotten over the past two years tells me we accomplished this. I get emails almost every day like these:

“Hi Scott,
Just wanted to share with you a $7m home I photographed this past week.
Were it not for you, and your video course, I would have struggled to shoot this.
I’ve gone from Zero to Hero in the span of a few short months …thought you’d enjoy knowing the huge difference that you’ve made with this photographer.  Thank you.”

To everyone who has emailed me, Thank You. And thank you to everyone who just quietly bought the series, too. We went way out on a limb with this, with no guarantee of success, but I can say unequivocally, I’m very glad to have done it, if only to know that I’ve made some small impact to move photography forward a bit. 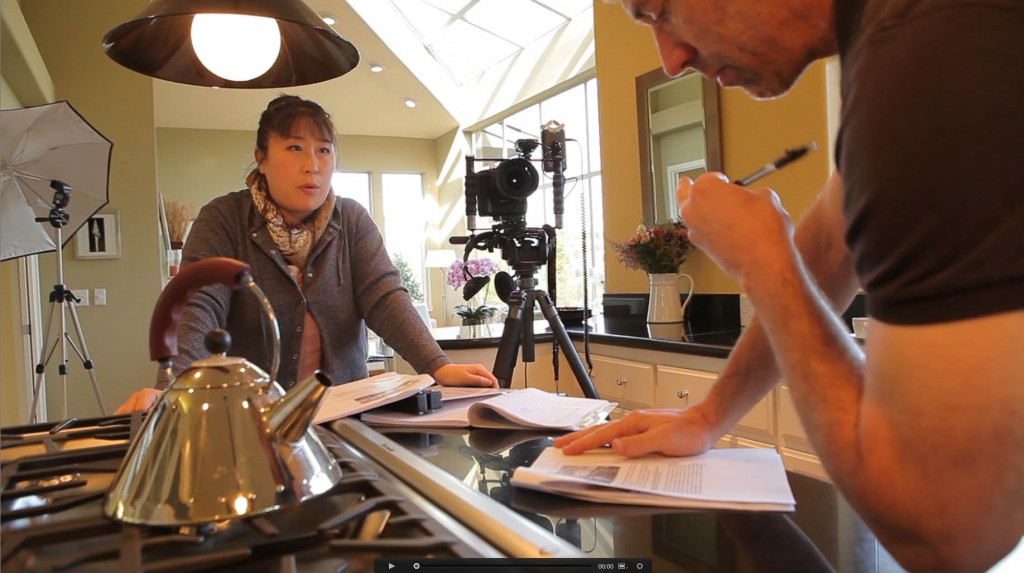 Going over the storyboard and cutting fluff.

Make no mistake –  emails like the one above are incredibly gratifying. Compared with the top dollar that many instructional videos command, we’re a bargain at $175. Especially so when you consider the value of your own time — we worked VERY hard to make sure that there is no “fluff” in our series. You won’t hear me droning on and on, repeating myself (which I’m prone to doing; Malia was one harsh editor and forced me to stay on-topic). We carefully sketched out every episode to make sure that it was packed with solid, practical information and not a lot of blah blah blah. The most recent episodes (le Monde Réel) are free-form conversations between myself and other working photographers and are full of the inevitable “Uh’s” and “Umm’s” that come with everyday speech. But the rest of the episodes are tight — every second of footage has a purpose! 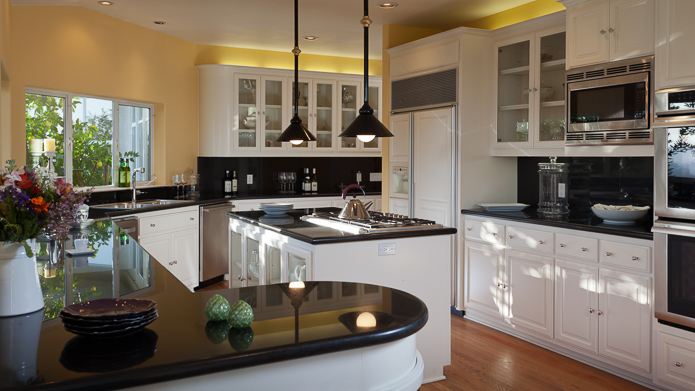 This was one gnarly kitchen! Sunlight, black granite counters, lots of glass….my favorite episode is the one where
we shoot this!

I think these videos are still as useful and solid as they were when we launched; even more so with the additional episodes that were added in later. They make a great companion to my book, which is in it’s second edition and which I’m equally proud of. One question I get asked a lot is whether it’s worthwhile to get both — e.g., is one different/better than the other?

I’ve never really known how to answer this; of course I think they’re both good and while there’s overlap, they present the material differently and go off in different directions at various points. The best resource I’ve seen was this discussion thread on Flickr, which I found illuminating.

One of the more fun photos we did — playing with fire…